Since 1932 Cape Cod Animal Hospital has been taking care of generations of family pets in the mid-cape area. Dr Leach founded CCAH in 1932.

Below is a recap of the time form fire, to the modular units to our current new building in video and pictures and news articles.

​Cape Cod Animal Hospital never really ceased operations after the fire. From treating pets from the back of an SUV, to the generosity of IFAW and their medical trailer to the quick construction of the modulars and then moving into our newly constructed Hospital in the Spring of 2010, what a year it had been! 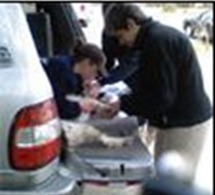 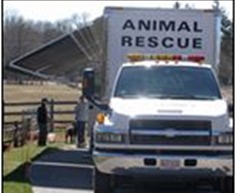 Thank you so much for your support and compassion when my cat Elliot passed away unexpectedly last week. I am so grateful you were there on Saturday and made the time to assist me."

Providing top-notch animal care isn't just what we do -- it's what we love!